Sidr Honey Balgiah Test:-
Sight: The finest Sidr honey, has a brown-reddish hue that does not change over time, unlike ‘impersonator’ honey.
Touch: Sidr honey is sticky and cannot be washed from the hands easily, unlike inferior counterparts.
Smell: You can distinguish raw honey from the fakes by its odour, the Sidr tree has a unique, aromatic smell.
Taste: Honey with added sugar-syrup is far sweeter than Sidr honey.

The flavour of Sidr honey, as well as its colour and density, can vary depending upon the region
from which it originates from. It’s a thick honey with a rich, lavish and buttery, caramely sweet taste. It has a golden colour, which darkens and turns reddish over time. When fresh and
newly produced, it has been described as having the same aromatic smell of the Sidr tree flower.
The best Sidr trees are organic as they grow wild in pristine and remote desert areas of Yemen
and no insecticides are used. This special raw honey is reported to be good in
aiding liver problems, stomach ulcers, respiratory infections, digestive problems, infected wounds and burns. It also strengthens the immune system and promotes general health and vitality. Connoisseurs are able to distinguish between a Yemeni honey and a fake. The degree of the humidity and consequent viscosity are of great importance in the valuation of honey. A traditional test consists of letting a drop of honey fall into the dust. If it remains spherical, the honey is considered to be pure, but if it expands, it can be assumed either that the honey has been lengthened or that the bees have been fed with syrup.

Be the first to review “SIDR BAGHIYAH HONEY” Cancel reply 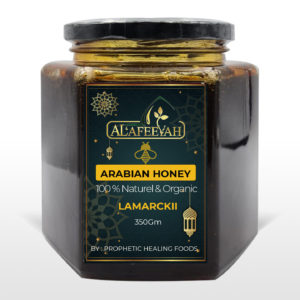 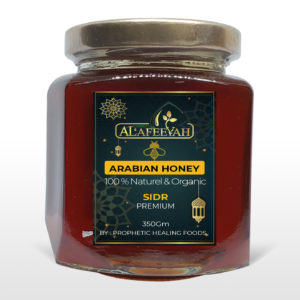 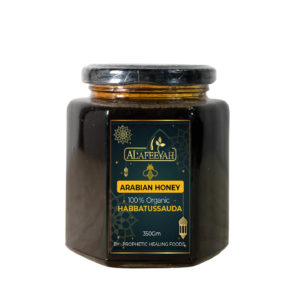 Habbatus Sauda Honey – A double whammy for the immune system. 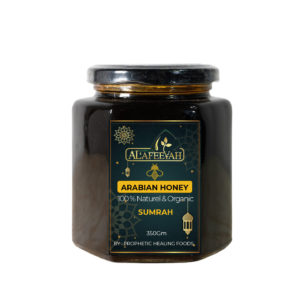 Sumrah Honey only harvested once a year
from Sumrah Flowers

For daily consumption of Sidr Honey