One of the miracles of ZamZam water is its ability to satisfy both thirst and hunger. One of the Companions of the Prophet said that before Islam, the water was called ‘shabbaa’ah’ or satisfying. It was filling and helped them nourish their families. More recently, in the last few decades, samples of ZamZam water have been collected by scientists and they have found certain peculiarities that make the water healthier, like a higher level of calcium. Prophet Mohammed (pbuh) said it has healing effects. It is also reported also that the Prophet (pbuh) rubbed the gums of his two grandchildren – Hassan and Hussain – with dates and ZamZam. It was also reported that the Prophet used to carry the water of ZamZam in pitchers and water skins back to Madinnah.

Be the first to review “ZamZam Water” Cancel reply 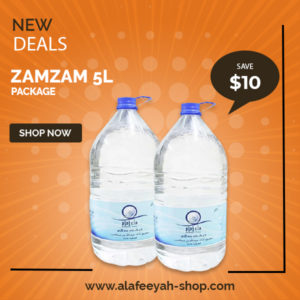 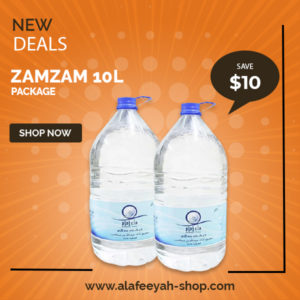